Coins from the Marquisate of Arquata

Arquata, modern-day Arquata Scrivia, in the Province of Alessandria, Piedmont, is located about 100 kilometres southeast of Turin and about 35 kilometres (22 mi) southeast of Alessandria, on the left bank of the Scrivia river. The name derives from the Latin arcuata (arched), due to the presence of an aqueduct supplying the nearby Roman town of Libarna, on the Via Postumia. Arquata is first mentioned as a castrum in the 11th century. In 1313 it was given by emperor Henry VII to the Genoese Spinola family, who were named marquisses of the town in 1641. In 1644 Arquata obtained also the right to strike coins of its own. Napoleon annexed Arquata to the Ligurian Republic and later it became part of the Kingdom of Sardinia-Piedmont.
Wikidata: Q17257 Read more 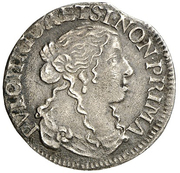 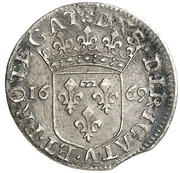 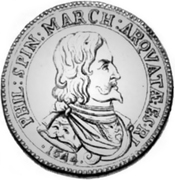 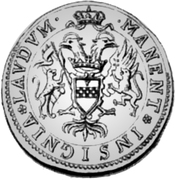 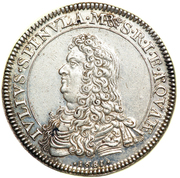 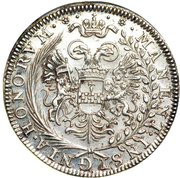 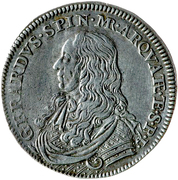