Banknotes from the Municipality of Atzbach

Atzbach is a municipality in the Vöcklabruck District, Federal State of Upper Austria. It has a population of 1,178 inhabitants. After the First World War, Gemeinde Atzbach (English: Municipality of Atzbach) issued notgeld in response to a severe shortage of currency.
Wikidata: Q681187 Read more 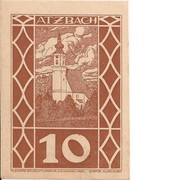 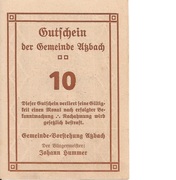 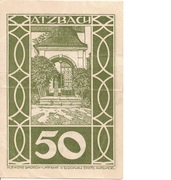 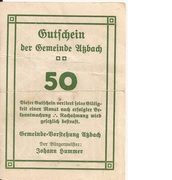