Coins from Bohemia and Moravia

Bohemia and Moravia was established as a protectorate of Germany after invasion of German army on 15 March 1939. The former Czechoslovakia was split between Sudetenland directly controlled by Germany, Protectorate of Bohemia and Moravia and a satelite state of Germany, Republic of Slovakia. This short period of Czechoslovak history was not very rich from the numismatic point of view. Only four coin types were minted for circulation, all in zinc and of poor quality. They were minted in furniture factory in Lysá nad Labem. Well preserved pieces are rare due to natural degradation of zinc due to the so called zinc pest causing coins to turn white and fall apart in extreme cases. The design of coins was very similar to coins of Czechoslovakia. The number of coins minted in certain years is unknown, only the total number of them. The exchange rate of Koruna (K) was set at 1 Reichsmark equal to 10 K which means it was artificially undervalued from its market value of about 1:6. The protectorate ended in 1945 with the fall of Nazi Germany and Czechoslovakia was reestablished.
Wikidata: Q152750 Read more 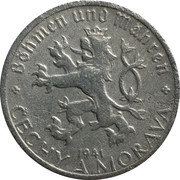 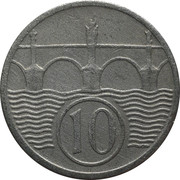 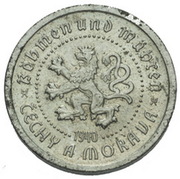 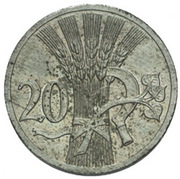 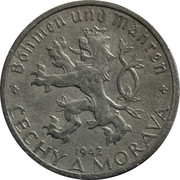 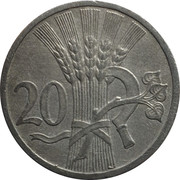 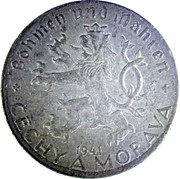 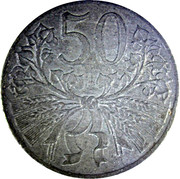 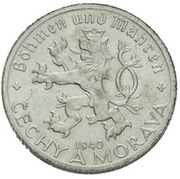 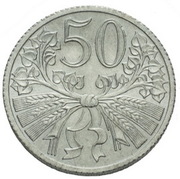 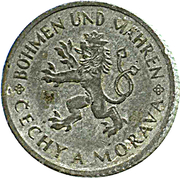 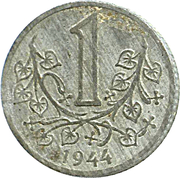 Numista referee for coins of this issuer is mk83, oldves.