Coins from the Principality of Campi

Campi, situated in the Trebbia Valley, dates back to the vassals of the Malaspina di Pregola, who in 1197 built an outpost there. In 1595, it was taken over by the Centurione Scotto family, lords of Gorreto. Luigi Centurione, Marquess of Campi, had a son, Carlo Centurione Scotto, born in 1614. Carlo was named Prince of the Holy Roman Empire and obtained the right to mint coins in Campi in 1654, from the Emperor Frederick III. The original nucleus of the town, known for the minting of false luigini in the mid 17th century, is currently located in the commune of Ottone, in the Province of Piacenza, in the Italian region Emilia-Romagna.
Read more 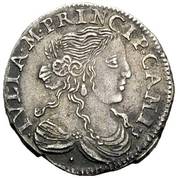 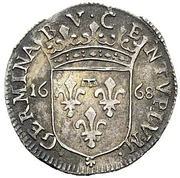