Coins from the Marquisate of Ceva

The Marquisate of Ceva was a small independent state in the Piedmont. The marquisate was created in 1125. At the death of Boniface del Vasto, of the Aleramici family, his son Anselmo becoming the first marquess of the newly formed state. Marquis Giorgio Nano submitted to the increasingly powerful commune of Asti. On 22 February 1313, the Marquisate submitted to Amadeus V of Savoy. In 1352, Ceva was was conquered by the Visconti of Milan, who were pushed back by the marquess in 1356. The marquisate was eventually acquired by the French Duke of Orleans, and ultimately by Savoy in 1531.
Wikidata: Q1107789 Read more 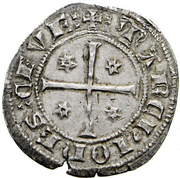 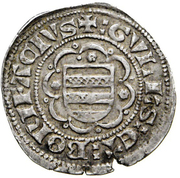 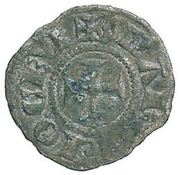 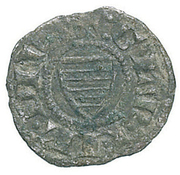