Eggenburg is a city in the Horn District, Federal State of Lower Austria. It has a population of 3,569 inhabitants. After the First World War, Stadtgemeinde Eggenburg (English: City of Eggenburg) issued notgeld in response to a severe shortage of currency. Private notgeld was also issued in Eggenburg by Pressvereinsdruckerei Eggenburg, and Stadttheater Eggenburg.
Wikidata: Q661774 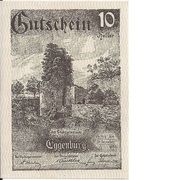 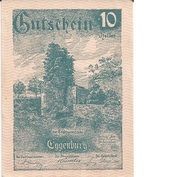 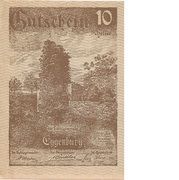 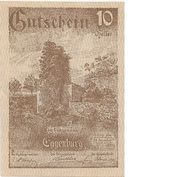 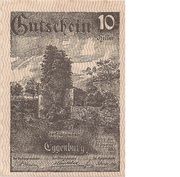