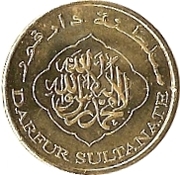 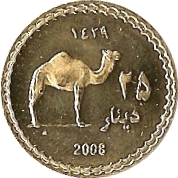 Arabic calligraphy, country name in both Arabic and English

A dromedary, value in Arabic and date in both Islamic and Gregorian

Members from this site want to exchange it: SAHAR1976, Dmitry_Z