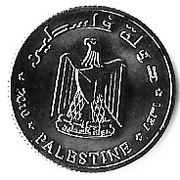 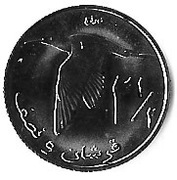 Marsh Sandpiper with denomination in Arabic, initials of the designer "JL" at the left, and "Essai" in Arabic at the top.
JL = Joseph E. Lang

The Marsh Sandpiper (tringa stagnatilis) is a seasonal migratory bird that resides in the Holy Land during the winter, mainly in the northern valleys.

Members from this site want to exchange it: Yurek70, PatGav, zdravko, sangriablanca