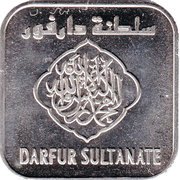 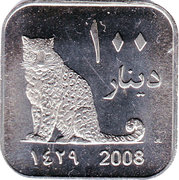 Tughra, country name in both Arabic and English

A leopard, value in Arabic and date in both Islamic and Gregorian