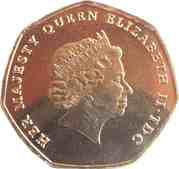 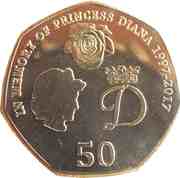 Technically coin is undated as 2017 forms part of the description of the commemorated event (as does the date 1977) and is not shown as a date separately, following the normal conventions.
The coin is slightly smaller and slightly heavier than all other UK and Regional 50p coins.