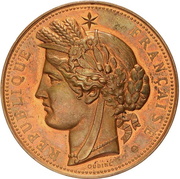 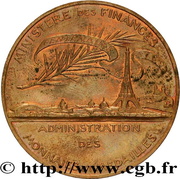 Eugène André Oudiné, French sculptor and engraver of medals, was born in Paris on 1 January 1810, and devoted himself from the beginning to the medallist's branch of sculpture, although he also excelled in monumental sculpture and portrait busts.

Louis-Alexandre Bottée, born March 14, 1852 in Paris where he died on November 14, 1940, is a French medalist. Received in 1871 at the National School of Fine Arts, he obtained, in 1878, the first grand prix of Rome engraving medal and fine stone.