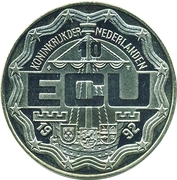 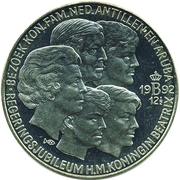 Willem Vis (1936-2007), medalist and visual artist, was artistic director at Koninklijke Begeer in Voorschoten from 1957-1971 and afterwards he was an independent artist. He designed numerous medals, portrait plaques, tokens and commemorative coins.

Members from this site want to exchange it: yarik, boule02de, mad