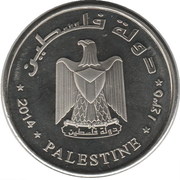 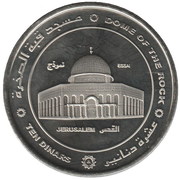 The Dome of the Rock is one of the holiest sites to Jews, Muslims and Christians.  It is the site of the original Jewish Temple, where Jesus preached. The Foundation Stone at the center of the dome was where Abraham offered to sacrifice his son Isaac. Muslims believe that it is the spot where the Prophet Muhammad ascended to heaven.