Many cities in France issued their own currency tokens (notgeld) to circulate alongside or in the place of usually hoarded coins. Following the economic and financial turmoil created both during and by the aftermath of WWI, the franc was devalued, and subsequently silver 50 centimes, 1 franc, and 2 Franc coins began to disappear from circulation fast, due to people hoarding them for their silver value. As a result, a coinage shortage occurred, and municipalities began issuing their own replacements starting midway through the First World War, and continuing into the 1920s. The notgeld issues had ended by 1931, by which point new Chambres de Commerce issues had become widely available and circulating. Most of those coins were made of low-value metals like zinc or aluminium and stamp coins were also widely made. French colonies where the Franc circulated also issued their own notgeld during the 1920s. Read more 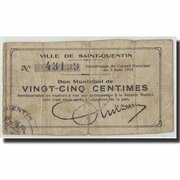 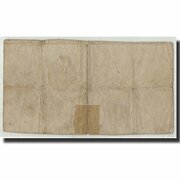 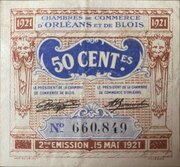 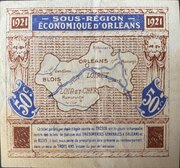