Grödig is a municipality in the Salzburg-Umgebung District, Federal State of Salzburg. It has a population of 7,192 inhabitants. After the First World War, Gemeinde Grödig (English: Municipality of Grödig) issued notgeld in response to a severe shortage of currency. Private notgeld was also issued in Grödig by Eisenwerk.
Wikidata: Q257324 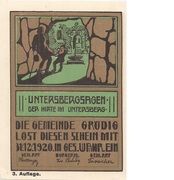 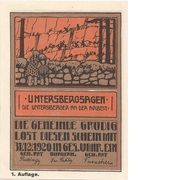 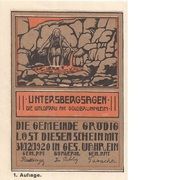 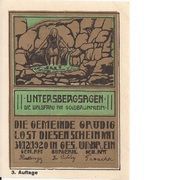 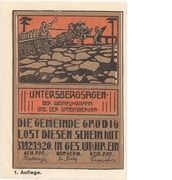 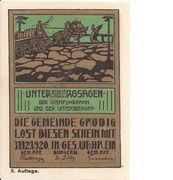