Dutch India refers to smaller areas of India under Dutch control, with each of those areas being under a different authority. The first Dutch colonies came to India around 1605, and throughout its history, the Dutch focused on trade. Starting after the 1750s, the Dutch areas of India began to decline, with each area being relinquished to the British so the French would not get them. The British officially acquired the last of the Dutch properties in 1825.
Wikidata: Q738078 Read more 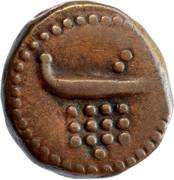