Coins from Latin Empire of Constantinople

"The Latin Empire of Constantinople was a feudal Crusader state founded by the leaders of the Fourth Crusade on lands captured from the Byzantine Empire in 1204. The crusaders elected their own emperor from their own ranks, Baldwin of Flanders, and divided the territory of the Byzantine Empire into new vassal crusader states.The Latin Empire's authority was immediately challenged by Byzantine rump states led by the Laskaris family in Nicaea and the Komnenos family in Trebizond.The Nicaean Empire eventually recovered Constantinople and restored the Byzantine Empire under Michael VIII Palaiologos in 1261. The entire coinage of the Latin Empire consists of billon aspron trachies in Byzantine style, first issued by Emperor Baldwin (1204-1205)."
Wikidata: Q178897 Read more 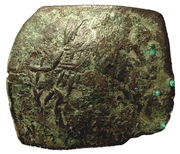 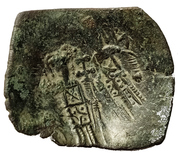 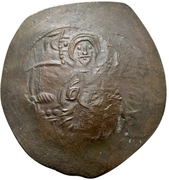 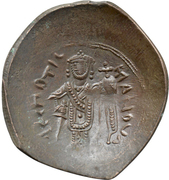 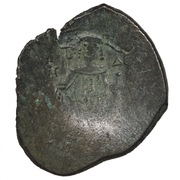 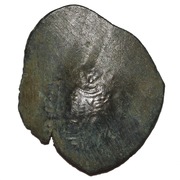