Lilybaion (Marsala) - was a Punic city founded by the survivors of Motye, after the invasion of Dionysus in 397BC. It was situated on the westernmost point of Sicily, and, due to its proximity to Carthage, became one of the most important Punic establishments in Sicily. The city was abandoned to the Romans after the 1st Punic War in 241 BC. Several silver shekels are attributed with uncertainty to the city, along with bronze issues with Greek inscriptions after 241 BC.
Wikidata: Q481514 Read more 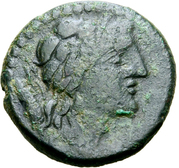 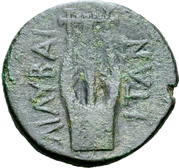 Numista referee for coins of this issuer is stratocaster.