Blue on polychrome, in calcography and lithography.
In the center, the portrait of Manuel Ferraz de Campos Salles, 4th President of the Republic (1898-1902), flanked by numerals 10.
Diagonally crossing the body of the note, anonymous autograph of the official responsible for the conference.

Translation:
Republic of the United States of Brazil
In the National Treasury will be paid to the Carrier of this Amount of
Ten Thousand Réis
Received Amount
American Bank Note Company.

Green, in calcography.
In the center, aerial view, seen from the upper floor of the Monroe Palace, having in the foreground, the gardens of the palace and then one of the Pavilions of the Public Promenade of Beira-Mar Avenue (December 21, 1906). Based on a photograph by Augusto Malta[/url] (1864-1906). All flanked by the nominal value "10". 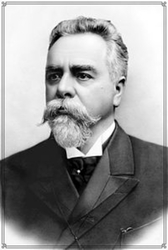 (2) Aerial view, seen from the upper floor of the Monroe Palace, with the palace gardens in the foreground and then one of the Pavilions on the Public Promenade of Beira-Mar Avenue  (December 21, 1906). Based on a photograph by Augusto Malta (1864-1906)

Brazil with "Z" and Brasil with "S"

Differences between Prints and Series together and separated