Blue on polychrome in calcography and offset.
In the center, wrapped in a decorated frame, the portrait of João Maria José Francisco Xavier de Paula Luís António Domingos Rafael (Dom João VI), flanked by the numerals 500.

Lead gray in calcography.
In the center, the allegorical and pictorial representation of the "Abertura dos Portos" (Opening of the Ports), Cadmo Fausto de Souza. 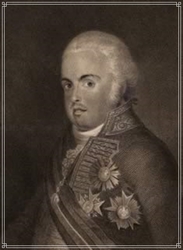