Translation:
Republic of United States of Brazil
will be paid to the carrier of this amount of
Ten Cruzeiros
in the National Treasury
10 10
Getulio Vargas
Amount Received
Thomas De La Rue & Company, Limited, London. 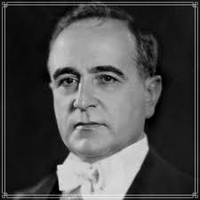