Olive green on white paper, in lithography.
On the left the Arms of the Empire topping the caption in reference to Law no. 52 of October 3, 1833.
The name of the Province and the ballot number must be handwritten. 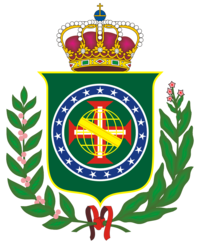