Carmine on greenish paper, in calcography.
On the left, reference to the decree of June 1, 1833.
In the center, above, two children's figures, allegory to the arts.
On the right, Weapons of the Empire. 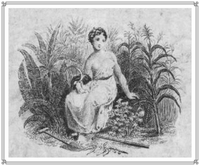 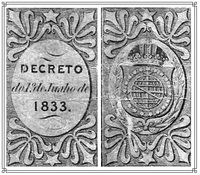