Blue and yellow, in calcography and lithography.
On the right, an oval medallion with the figure of Francisco Manuel Barroso da Silva, Admiral Barroso (1804-1882), flanked on the left by the Arabic numeral "5".
Anonymous autograph of the official responsible for the conference.

Brown and ocher, in lithography.
In the center, the inscription "BONUS DO THESOURO / DO ESTADO DE S. PAULO / PRÓ CONSTITUIÇÃO", with the numeral "5" on the left and right side. 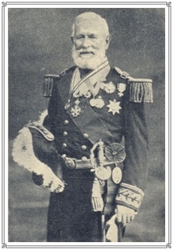 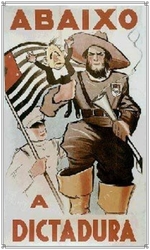 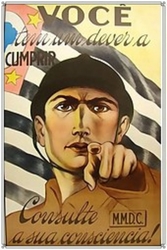