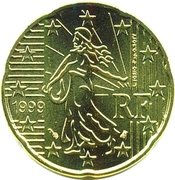 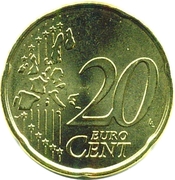 In 1999 there are two types of engraver general marks: the bee is closer to the star under it on one type and the bee higher from the star and moved to the right. 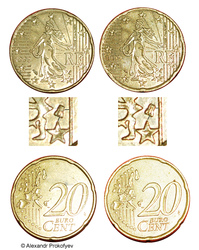 A very good site to see the classification:
http://eucoins.byethost9.com/fr.html