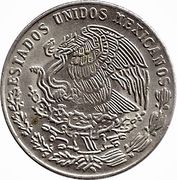 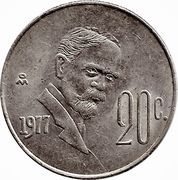 "Estados Unidos Mexicanos" in a semicircle over the Mexican coat of arms: a Mexican golden eagle standing on a prickly pear cactus devouring a rattlesnake. At the base of the cactus, there is a holm oak (Encino) branch on one side and a laurel branch on the other.

Value, Portrait of Francisco Indalecio Madero to the right 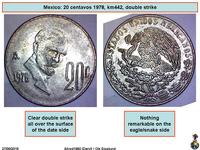 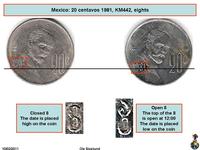 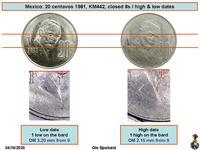 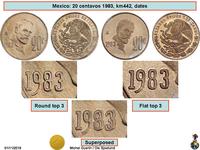