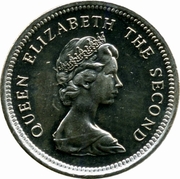 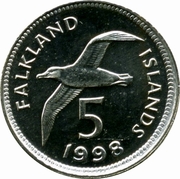 Black-browed Albatross flying to left, above numeral. Lettering both sides, date below. This medium sized albatross (Thalassarche melanophrys) is circumpolar in southern Oceans.