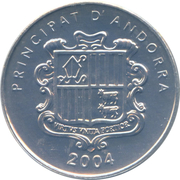 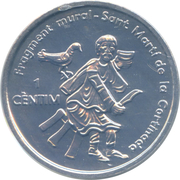 Sant Martí de la Cortinada is a Romanesque church located in the north of Ordino, Principality of Andorra, declared a Site of Cultural Interest. The original building has undergone different transformations and extensions over time, which have been expanding towards the north. Currently it has a single nave, almost square in plan, with side chapels and a quadrangular apse.
Sant Martí is a church that had an important pictorial decoration. In 1968, when it was being restored, the Romanesque wall paintings were found in the apse area, dating back to the end of the 12th century. Among them stand out the figures of a fantastic animal (a kind of wolf with a forked tongue) and a character named Guillem Guifré, who carries a knife and a glass. Bishop Sant Martí de Tours is also represented.