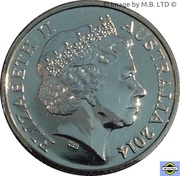 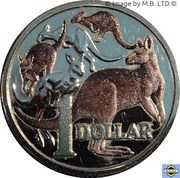 The Royal Australian Mint issued this partially pad printed version of the standard definitive "Mob of Roos" $1 coin in a special commemorative coin card to commemorate 30 years since the introduction of the MOR $1 coin in 1984. 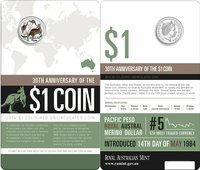 An aluminium-bronze version of this coin was also released in the Year UNC Set. (See Link below)