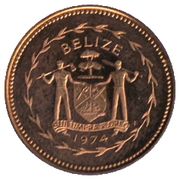 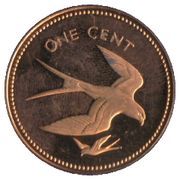 Coat of arms of Belize

2 Swallow-tailed kites (Elanoides forficatus) and denomination in letters, within circle

A member of this site wants to exchange this coin: 1111oink