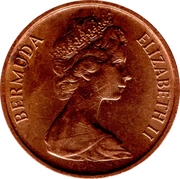 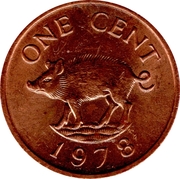 Wild Hog - The wild hog alludes to the islands' first coins, a crude 'brasse' or  'hogge' money which bore a hog to convey the colonists fervent thanks for  a welcome source of food.