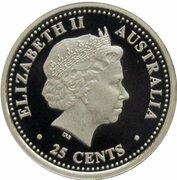 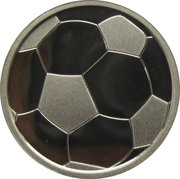 No Date on the coin but it was issued in 2006 by the Perth Mint to celebrate the 2006 FIFA World Cup of Football hosted by Germany in 2006.
This coin is actually normally released in a capsule in a case with an outer ring with a face value of 1 Dollar. 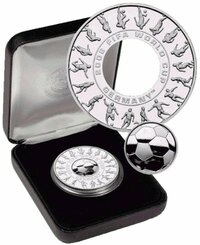 Bullion value: 4.88 USD Search tips
This value is given for information purpose only. It is based on a price of silver at 821 USD/kg. Numista does not buy or sell coins or metal.