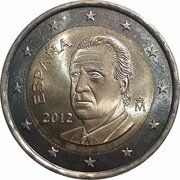 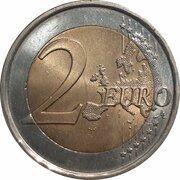 A portrait of King Juan Carlos I is encircled by the lettering "ESPAÑA" (Spain), the logo of National Factory of Currency and Stamps and the twelve stars of Europe.