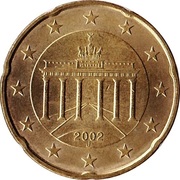 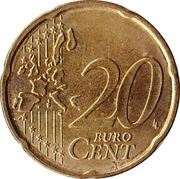 The Brandenburg Gate, the symbol of the division of Germany and its subsequent unification, with the 12 stars of Europe around the rim 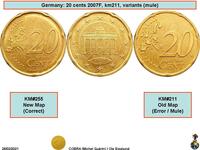