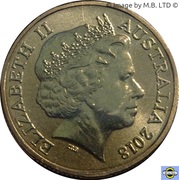 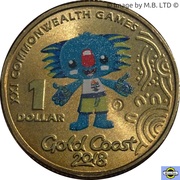 Then versions of the coin with the Australia Map Counterstamp were issued at various RAM Pop Up Shops during 2018. 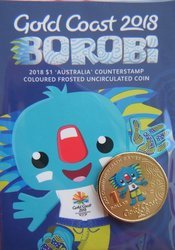 During the actual Commonwealth Games period special (GC) Counterstamped versions were issued by the RAM from the Games Merchandise stand. The same coin was included each day, however the the packaging for the coin was different for each day of the Games. There were 11 different packages. This was Day 9. Mintage was limited to 1,000 each day.

The Coin obverse displayed on this page is the Gold Coast (GC) Counterstamped version.

Australia Post also released a PNC with the non-Counterstamped Coin.

A limited Edition PNC (500 Copies) was issued at the Perth ANDA Show also.