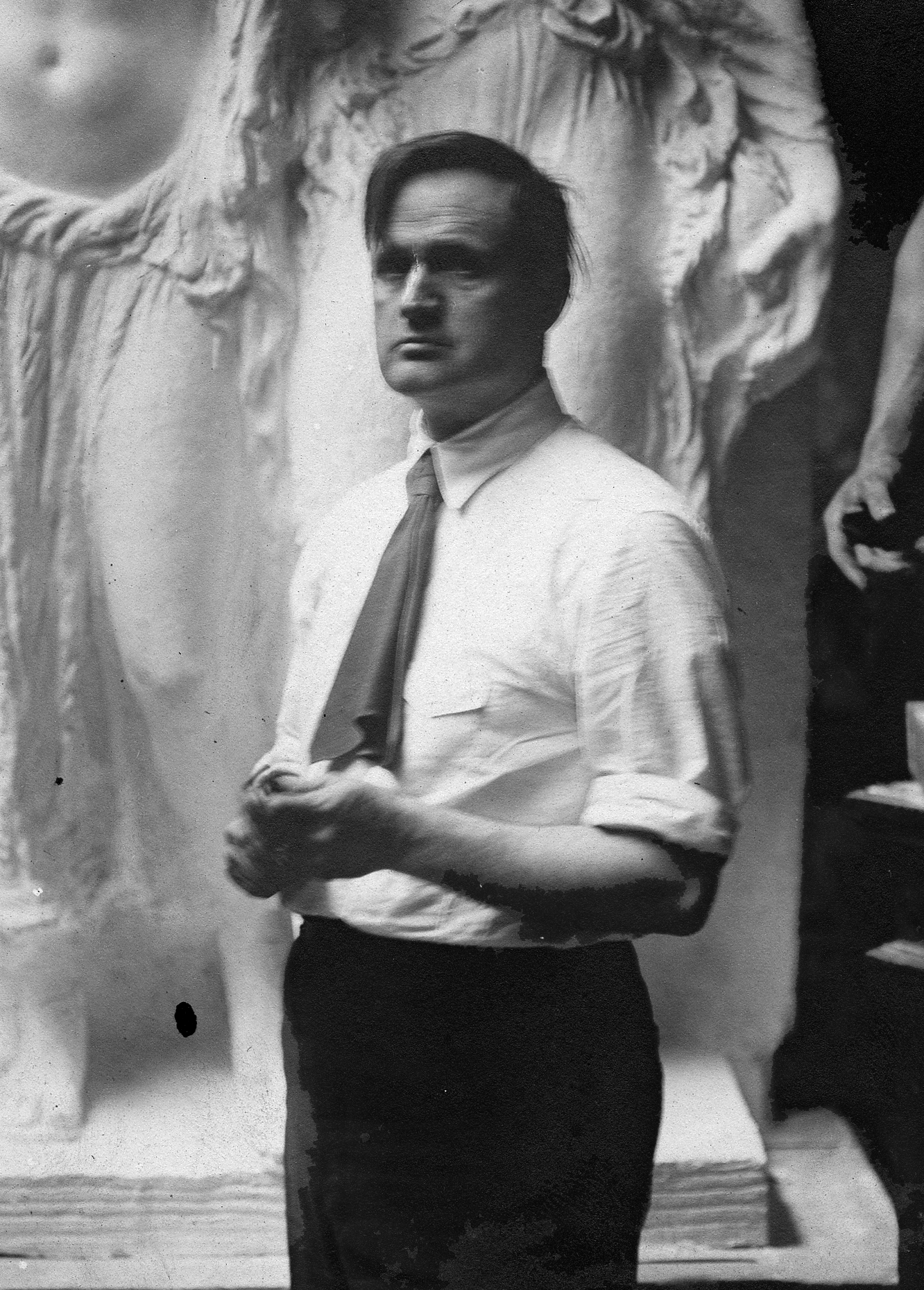 James Earle Fraser was an American sculptor during the first half of the 20th century. His work is integral to many of Washington, D.C.'s most iconic structures.

Translation:
United States of America
Out
of Many
One
FIve Cents

James Earle Fraser was an American sculptor during the first half of the 20th century. His work is integral to many of Washington, D.C.'s most iconic structures.

There is some uncertainty about the 1914/3 overdate variety, as some claim it might have been caused by a damaged die.

According to the legend, the bison used as a model for this coin was "Black Diamond" (1893-1915), a famous bison at the Central Park zoo in New York City.
If there is a mintmark, it is below E C of FIVE CENTS.