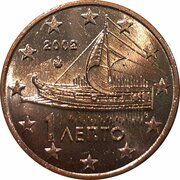 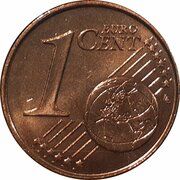 An advanced model of an Athenian boat, a trireme, the largest warship afloat for more than 200 years, dating from the time of the Athenian democracy (fifth century BC), is accompanied by the face value. Around 12 five-pointed stars representing the European Union.

Images of Dutch and Greek mintsets of 2002 are presented in the 2 Euro article  https://en.numista.com/catalogue/pieces120.html