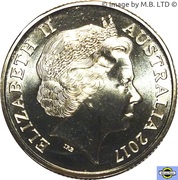 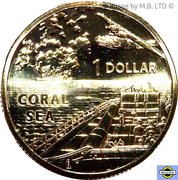 Battle Scene from the Coral Sea with Australian Navy Gunboat, Sea Plane and exploding enemy ship in the distance 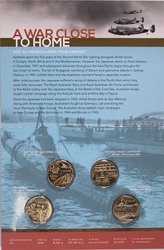 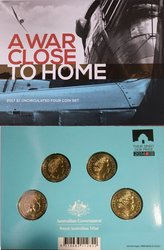 This particular coin highlights the "Battle of the Coral Sea" where Australian and Allied Forces defeated the Japanese Navy and turned the tide of the war in the Pacific.