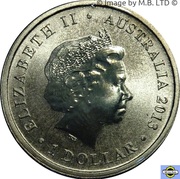 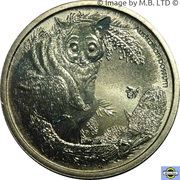 Young Australian Possum perched on a branch with a butterfly in the background.

Struck by the Perth Mint but issued exclusively by Australia Post in a PNC. (2013 Issue 5)