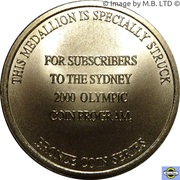 Words as below on a blank background.

This medallion was issued as a  bonus Subscribers Medal by the RAM to people who bought the full set of 28 Aluminium-bronze $5 coins issued to commemorate the Sydney Olympic games in 2000. It is the same composition and size as the $5 coins. The only way to get the bonus Subscribers Medal was to purchase the album that housed the entire series of 28 coins. It was not available separately. Mintage is unknown. 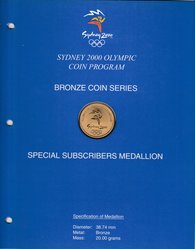 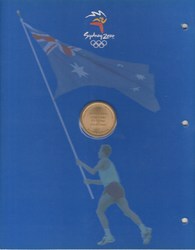