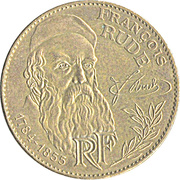 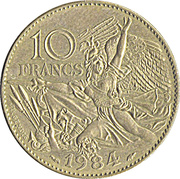 The head of Francois Rude facing 3/4 to the right

Fragment of the decoration of the Arc de Triomphe (a public monument in Paris) called: 'Départ des volontaires de 1792', also known as 'La Marseillaise'. Made by sculptor François Rude.