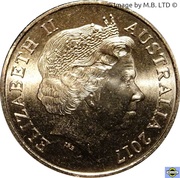 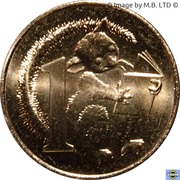 Hush the Possum reading a book

This NCLT commemorative 1 cent coin produced by the RAM is part of the "Possum Magic" eight coin set made available for a price of $15 from Woolworths supermarkets from 15/8/2017. It was also available from the RAM. The set also contains three circulating $2 and four non-circulating $1 coins. The theme for the set of eight coins is based on the classic Australian children's book Possum Magic. The 1 cent coin and four $1 coins are only available in the eight coin set. The three $2 coins are being released into circulation at Woolworths supermarkets over a period of two weeks.

Members from this site want to exchange this coin: Quetzalkoala, brismike