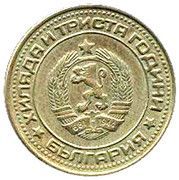 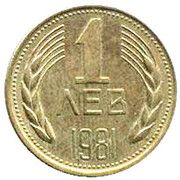 Coat of arms of Bulgaria

Value and year between grain ears