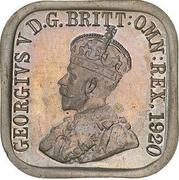 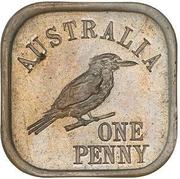 Crowned head of George V to left, legend parallel to the rim