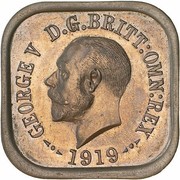 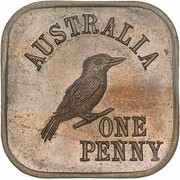 Similar to type four except for slightly different design of the kookaburra which appears to be slightly thinner. Kookaburra has shorter beak