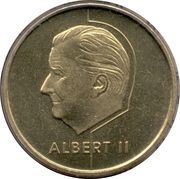 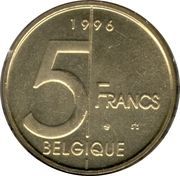 Portrait in left profile of Albert II with his name below with a central line following his silhouette.

Central vertical line divide year on top, value at center and legend in French at the bottom and the mintmark and privy mark to the right.


Three main groups of the emission are known. 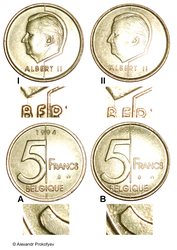