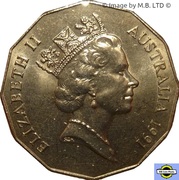 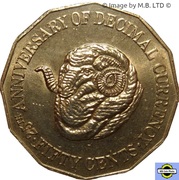 George Kruger Gray was an English artist, best remembered for his designs of coinage and stained glass windows.
Horst Hahne PSM, is an Australian sculptor, medallist and designer. Signature: "HH"

Released into circulation by the RAM in 1991 is this Rams Head commemorative coin the reverse of which was designed by RAM master sculptor Horst Hahne using the Rams Head from the Australian shilling which was minted from 1938 to 1963. The coin celebrates 25 years since the introduction of decimal currency in Australia in 1966.

The coin was included in the Year Proof & Year Uncirculated Sets for 1988. 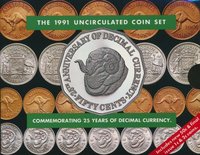 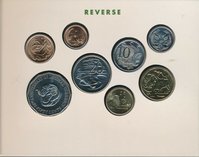 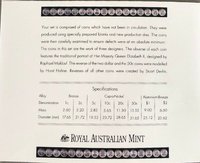 It was also issued by the RAM in a square plastic Green & Gold "D Day" case, mintage unknown. 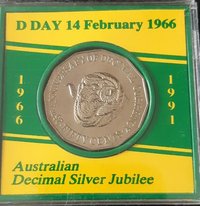 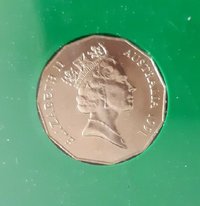 A Sterling Silver (.925) version of the coin was included in the 1991 Masterpieces in Silver Proof Set.