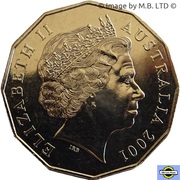 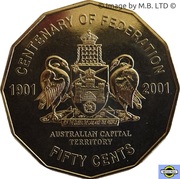 Coat of Arms of the Australian Capital Territory: - A Black Swan & a Mute Swan, supporting a Shield which features a Triple Towered Castle with Portcullis set above a White Rose, set below a Sword & Sceptre surmounted by an Imperial Crown. Motto in scroll below.
Representing one of nine states and territories that make up Australia.

This coin was released into circulation by the Royal Australian Mint in 2001 as part of a series of coins commemorating 100 Years since the Nation was fully Federated from the previous Australasian Colonies.
This particular Coin represents the Australian Capital Territory has the ACT Coat of Arms on the Reverse. The ACT is where the nations Capital City, Canberra, is located.

The coin was additionally released in capsules in various other UNC & Proof Sets as follows...
In a Proof ACT 2 Coin Pack along with a 20 cent proof coin. 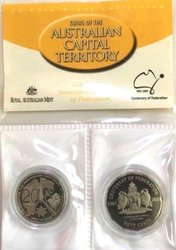 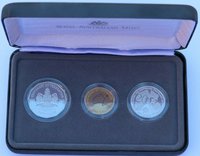 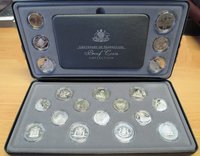 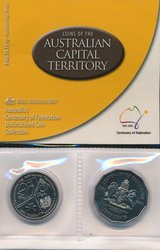 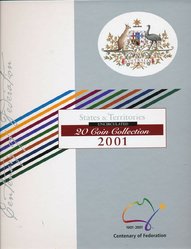 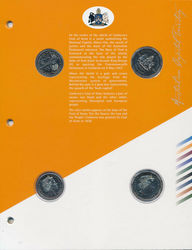