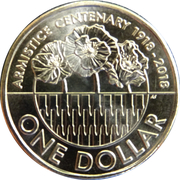 Depiction of Poppies blooming above buried Cartridges
surrounded by text.

Released by the RAM as part of the 2018 Mint and Proof year sets to commemorate the Centenary of the Armistice signed by the Allied Nations on 11th of November 1918 with Germany to end World War 1, is this NCLT $1 coin featuring three poppies blooming above buried bullet cartridges. 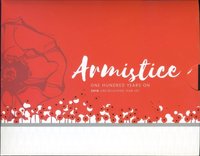 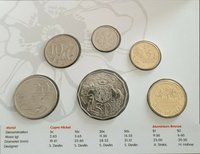 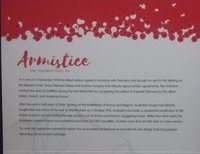 The coin was also released by Australia Post in a PNC. (7,500 Copies) 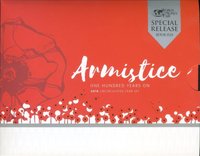