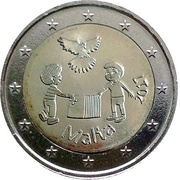 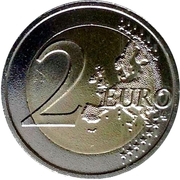 The Role of the Malta Community Chest Fund in Society: The Peace

The coin’s theme centres on the concept of solidarity and peace. The design was created by a school student and depicts two children holding the Maltese flag with the dove of peace flying over them. At the bottom is the name of the issuing country ‘Malta’ and at the right side is the year of issuance ‘2017’. The coin’s outer ring bears the 12 stars of the European Union.